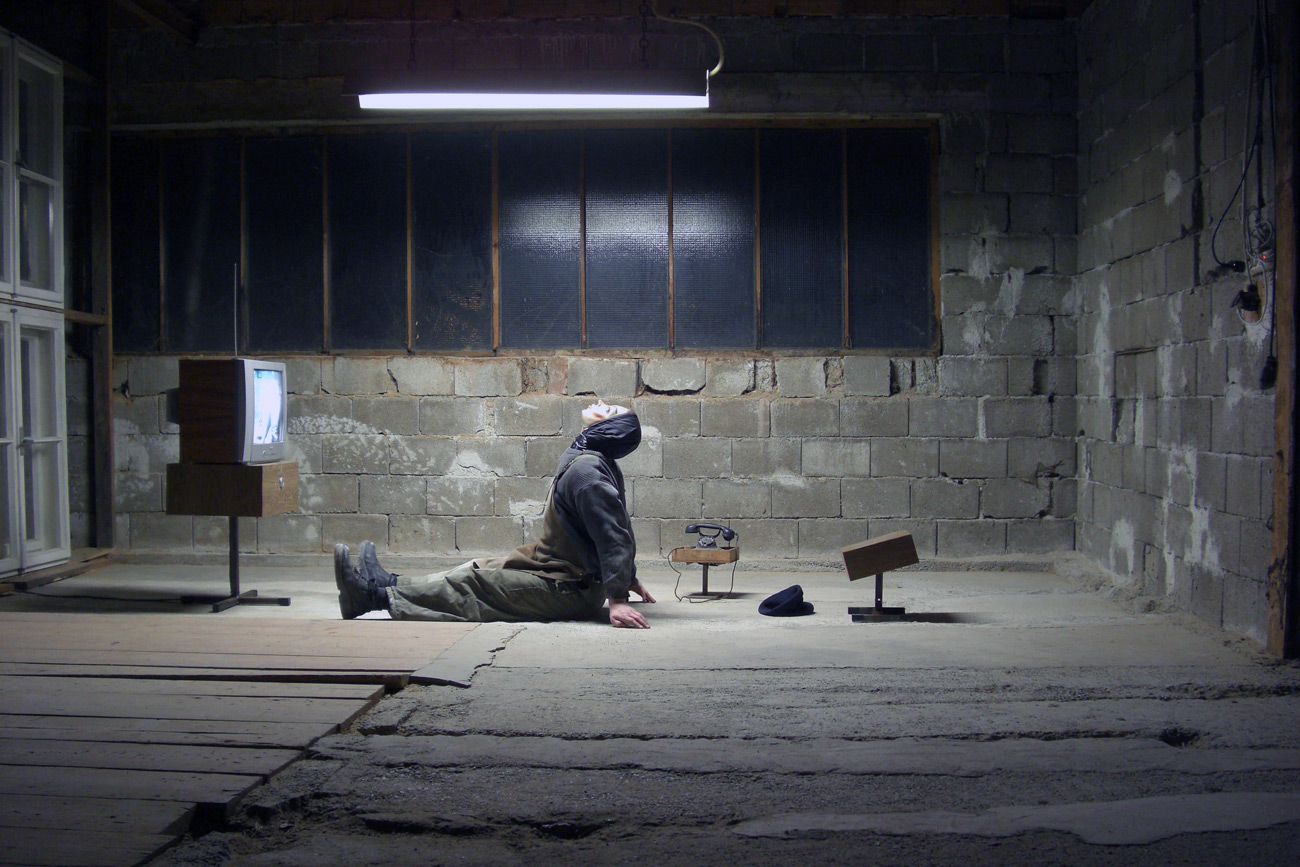 “The story evolves around two identical but different individuals on a cross path which has trapped them between two non-places. On this journey they will encounter trans­formations in which the world they created around themselves will begin to crumble at the point of close encounter.”

The film is a ficitonal approach into voyeurism of the ‘self’ in times of constant surveillance and its charac­ter-shifting paranoia.

The work demonstrates characteristics of the sci-fi and horror genres, though the intention is not to create a ‘Slasher’ film which is supposed to generate fear and paranoia as an end in itself (Horror without Horror); I’m merely looking at the idea of what sort of trickery has been used to generate this fear. I’m referring to elements from the genres which provide a stylistic palette from which to borrow a pre-existing flavour from pop culture – subconsciously altering the viewer’s perception of what they see for themselves.