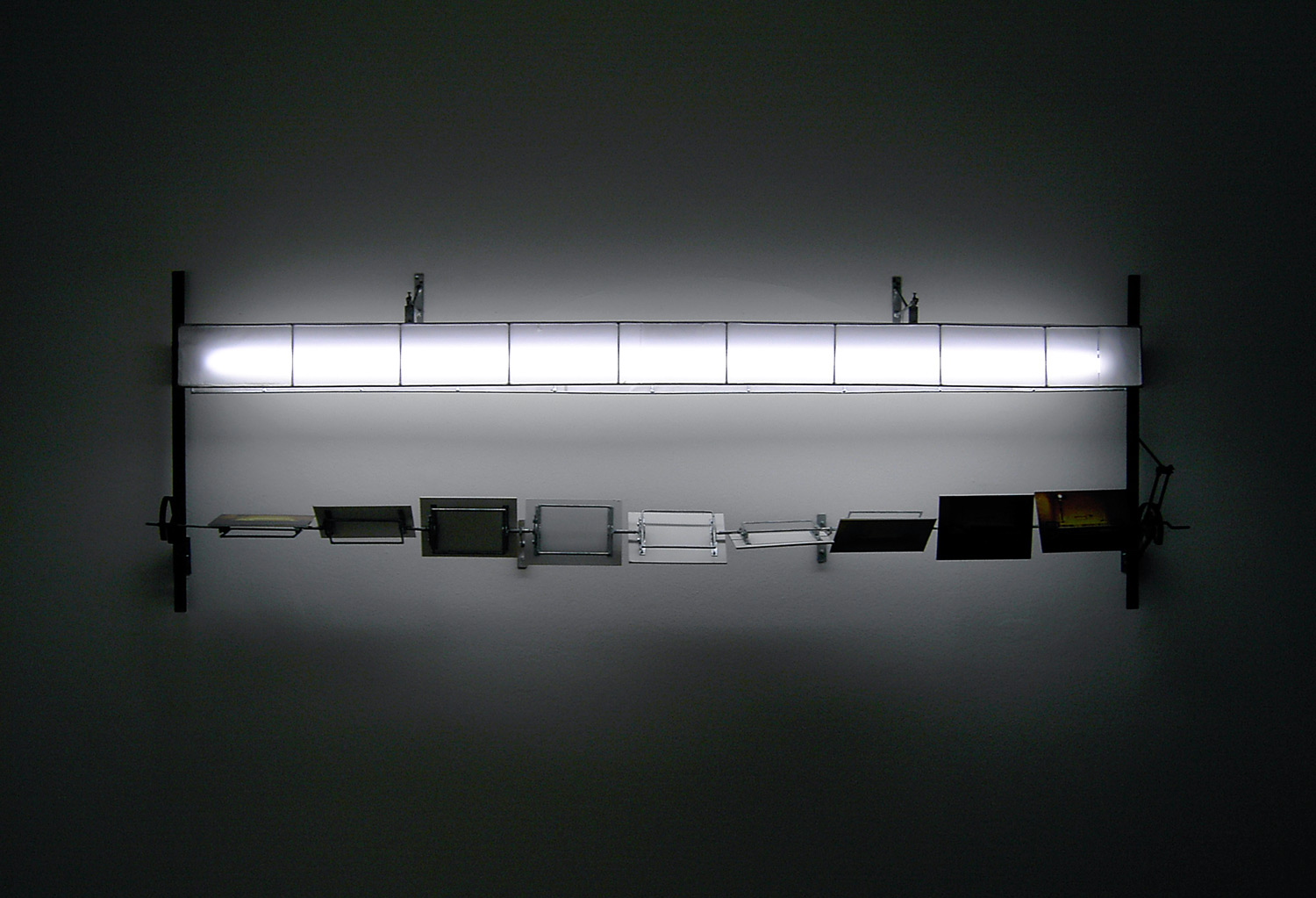 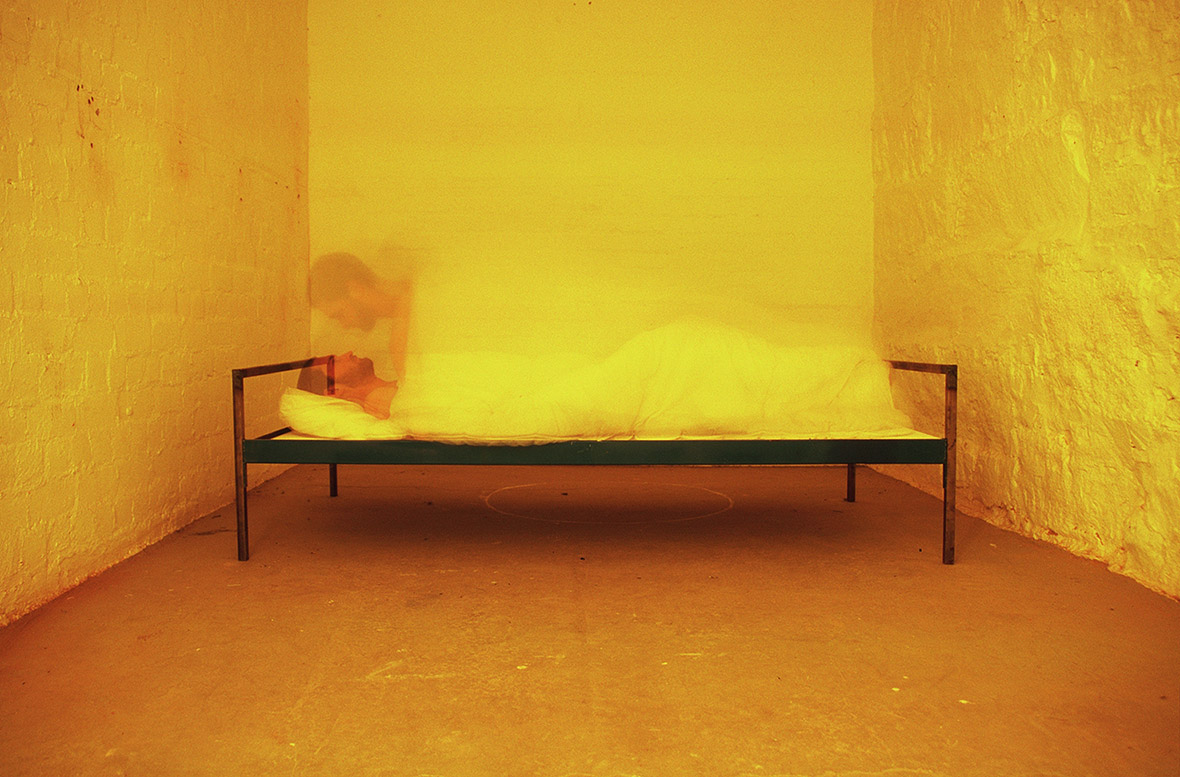 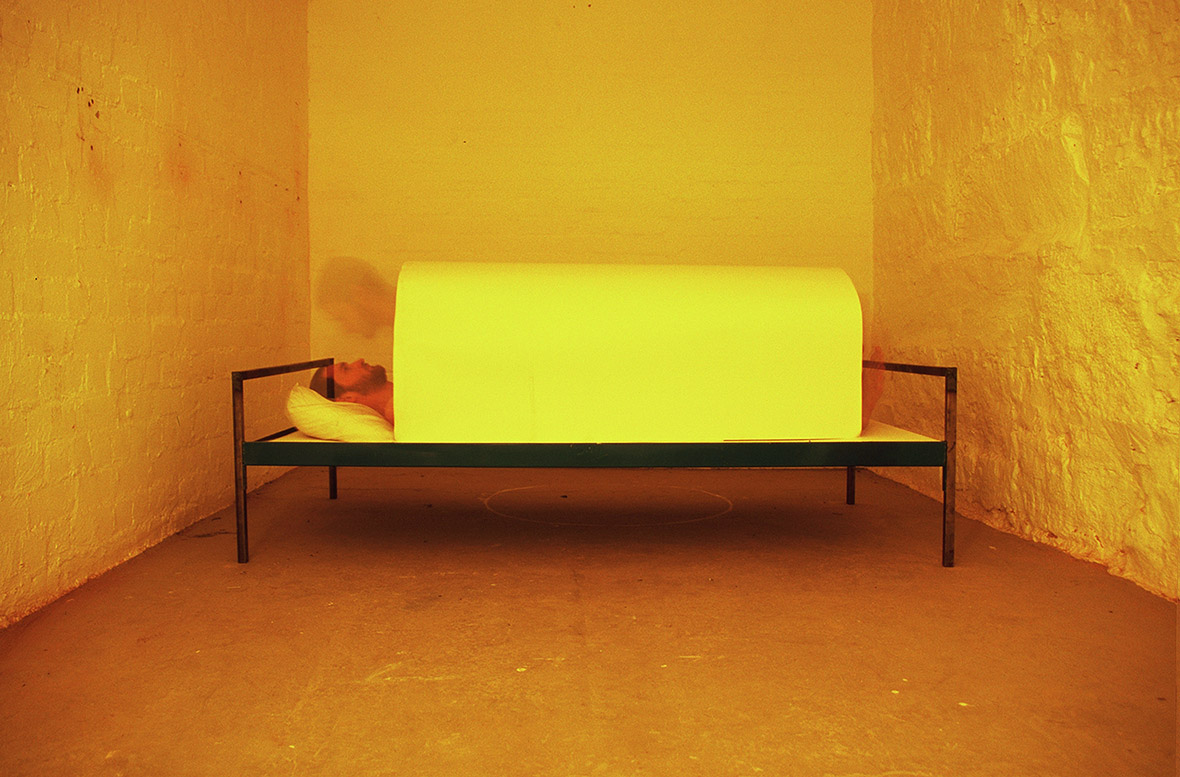 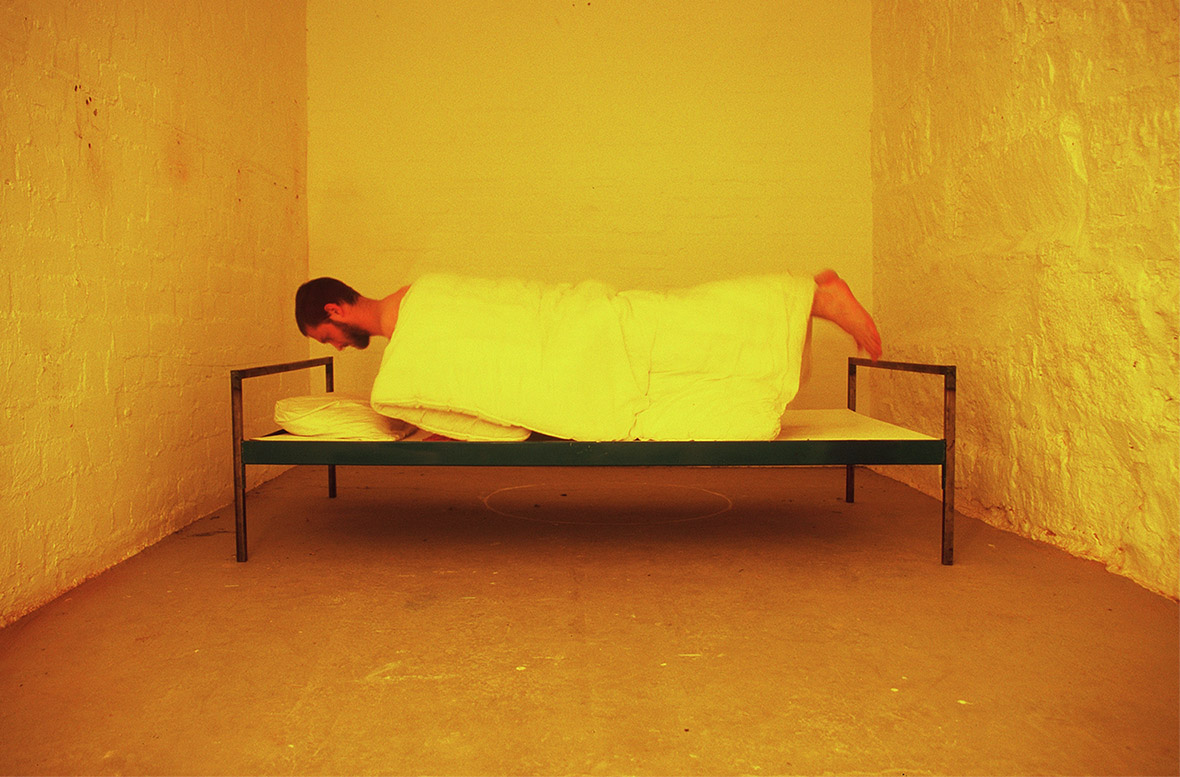 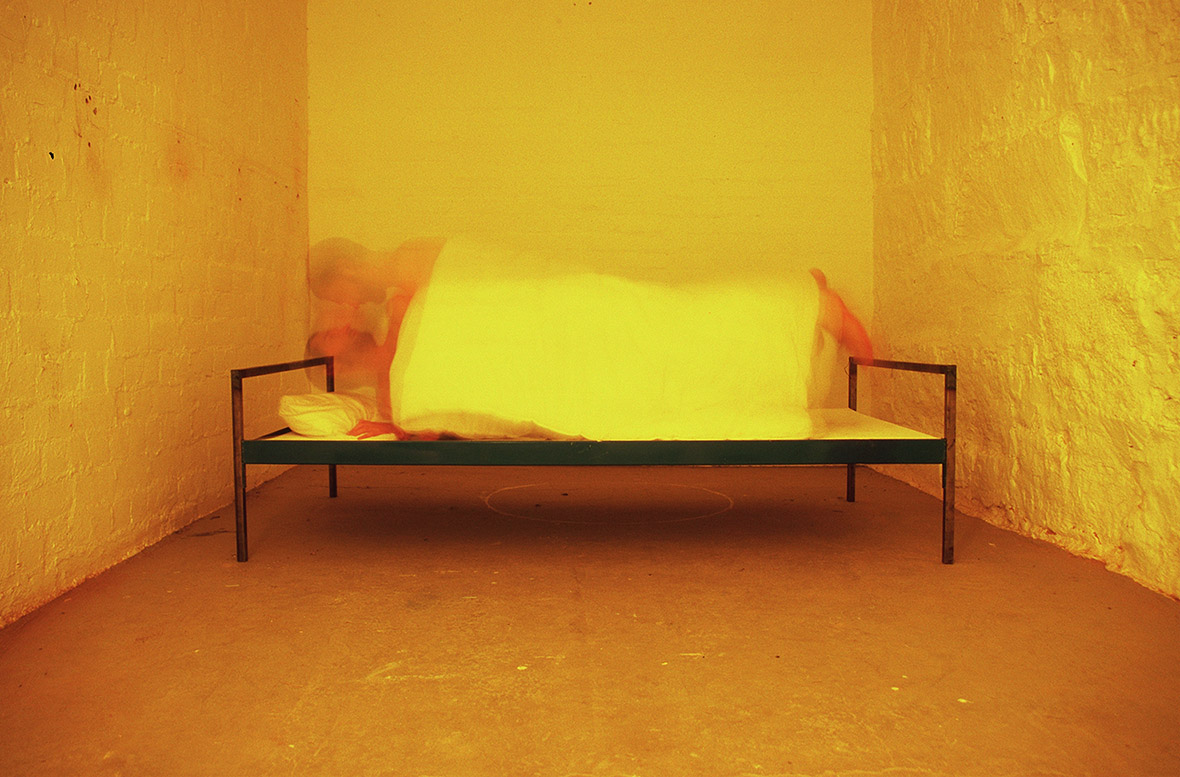 What happens when I’m not awake?

A night vision CCTV camera helped to explore this and the results were quite disillusioning; a series of 7 days worth of footage, 6 hours on each DVD, filmed over a period of 5 weeks time was what I ended up with. This work features 2 nights out of the 7, both players are incorporated in a structure which are supposed to suggest the power of the sleeping mind and its un-problematic position in the subconscious reality. The idea was to depict a fraction of a time line on which we all move forward on and take a record of every footprint that leaves a mark.

This work is based on the notion of ‘lucid dreaming’ and shows the character asleep in a bed and in the course of 9 photographs slowly parting from its body and back again. In order to see the complete course of the situation it needs to be operated (turn the handle) by one person while the other sees it revealing. It is supposed to emphasise on the idea of a symbiotic relationship between user and machine, in this case, user/user/machine. It should create a triangle conversation.